The 3 central characteristics in the government now are the DUP, 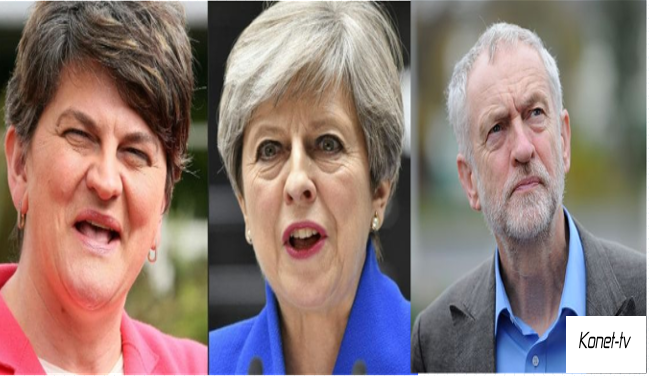 Negotiation to form a new government continues even after the queen’s speech as the conservatives have failed so far to secure a deal with the DUP amid report of hefty financial and policy demands by the Northern Ireland party from the Conservatives.

15 days and counting after the election, DUP are not willing to hand Mrs May a government on a plate without drawing maximum benefits from this despite both parties having some common policies and principles.

Both parties are pro-union and are largely pro-BREXIT.

Why has a deal taken this long?

This is a game from the DUP surely, but how long they intend to play this is unclear.

It is in the interest of DUP for May’s government to continue beyond the Queen’s speech, failure of this will likely result in a labour’s government, a scenario they would not be keen to see. Considering Corbyn’s relationship with Sinn Fein, an opposition party to DUP in the ever-complex political scene of Northern Ireland, DUP would rather sacrifice some of their own demands and policies to prevent the prospect of a Labour Government.

At least, on the surface, that is what seems to be the most sensible or desirable outcome from the point of view of the DUP, to keep Corbyn out but in politics though, things are a lot more complicated.

The 1924 fall of Stanley Baldwin government resulted from a similar situation to what we have now.

A snap election, followed by a reduction in the majority, then the King’s speech being voted down, seen as a vote of no confidence, subsequent resignation by the PM and then a Labour government emerged, so there is a precedent albeit a 93-year-old one.

Labour I suspect would not want to run a minority government and will probably call an election if Mrs May Government falls and labour is invited to form a government.

Like Mrs May, if the opportunity presents itself, Labour would want to take advantage of their current momentum and poll rating and call a snap election.

The difference between now and 1924, however, is BREXIT.

The 3 central characteristics in the government now are the DUP, the largest party in Northern Ireland with ten MPs, they are needed to prop up the government. TORY, the government of the day and Labour, the opposition of her majesty and a potential government in waiting.

A lot of IFs

The difference between Tory and Labour today are their domestic policies, they are not far apart on BREXIT, thus how soon Labour is able to force the government into another election while they still have this momentum will determine if Corbyn will get in. Will the DUP mail it in and refuse to support the government? There is a chance the arithmetic will change if we go into another election and DUP may not emerge with the same power they have right now, politicians are very smart, ok sometimes maybe not all the time. The political permutation is quite clear for the DUP to see though.

Labour domestic policies are indeed good from a socialist point of view, but if Labour failed to secure another election soon, and BREXIT negotiation advance, it will be difficult to maintain a momentum built on domestic policies when BREXIT would dominate the agenda.

Jeremy Corbyn, John McDonnell and the rest of the Labour MPs are very much aware of this and so are pushing for another election.

The implications of another election:

Considering how deeply unpopular the government is right now, and Theresa May’s favourability rating and how opposite is the case for Corbyn and his party, the chances of a Labour government emerging from another election soon is very high, but if we can learn anything from this past election, British public remains very unpredictable.

BREXIT negotiation would have to restart; even though both parties are united in honouring the referendum result, they differ in their approach to the negotiation. Another negotiator other than David Davies would take over. If two years was not enough for a Conservative government to negotiate a deal, a new Labour government starting all over would push this further back. The economic uncertainty that would arise on the back of this would be palpable.

Labour has taken the option to walk out if no good deal is offered off the table, this means that negotiations would go on for a long time. As the government of the day would be ping pong between the parliament and the EU negotiating table.