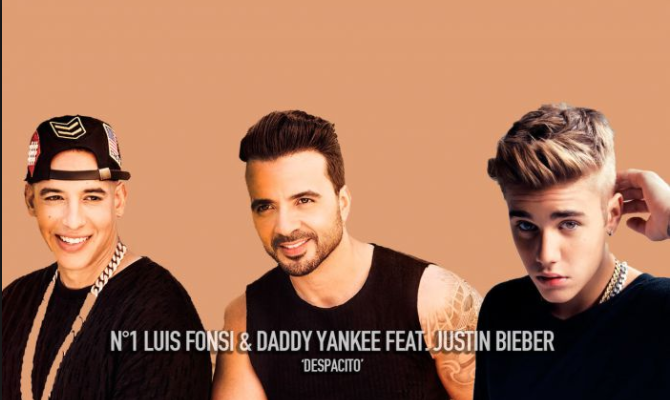 The hit song of the year, with 10 consecutive weeks at the top of “U.S Billboard Hot 100” have just set another global record! 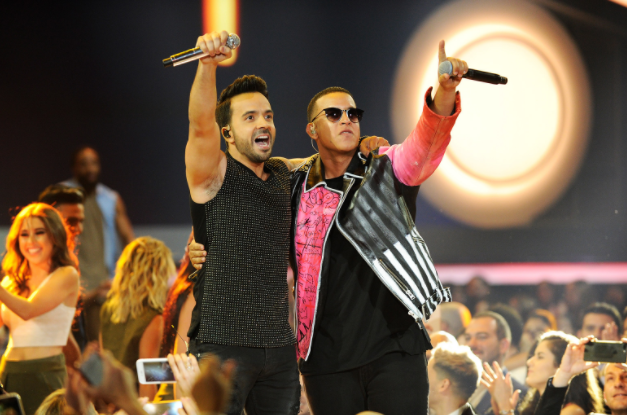 Luis Fonsi and Daddy Yankee at a concert

Surpassing the previous record holder, “Sorry” by Justin Bieber which clocked up 4.38 billion streaming. This includes the original and the various remixes according to Universal Music Group Reports.

“Despacito,” translated as “Slowly” in Spanish, hit 5.4 million views on VEVO in 24 hours after it was released on January 13th, 2017, a record by any Spanish-language video.

Another Vevo record was smashed when “Despacito” became the fastest Spanish-language video to reach 200 million views, which was achieved in just 22 days. It’s also the fastest ever music video to 2 billion views (154 days).

The song was doing phenomenally well, debuting at number 88 on the U.S Billboard chart with millions of audio impression in the Latin Americas and the United State until Justin Bieber entered the fray!

In an interview with Vanessa Yurkevich of CNN, Luis Fonsi revealed how Justin Bieber got involved.

He was asked about the phone call he received from Justin Bieber and his team, what it was like?

I was in Europe on a promotional trip and I got a call from my record label — a two o’clock in the morning phone call, ‘Hey, Justin heard the song at a nightclub and he wants to do the remix tomorrow.’ Of course, I said yes. He did his thing. A day later, I get that first cut and one more day goes by and we released it. In his own words; Luis Fonsi

So, the already hit song at the time was sent to the stratosphere with a 2 a.m call and 48 hours later, the mega remix was out! Today, the rest is a story!

In another Interview with Suzette Fernandez of Billboard, when Luis Fonsi was asked if he doubted the song would be a success. He revealed he nearly not worked on it!

When I first did the demo of this song, I put it to the side and continued working the other songs for the album. But, for some reason, this song always excelled before the others. When I met with my producers, they listened to it and that day we decided to leave the others aside and work on ‘Despacito.’ And when we heard the final song, both Daddy Yankee and I were surprised that it sounded powerful, fresh and different. But at the end of the day no one knows, it’s simply the fans who decide whether a song is successful or not, and that’s what makes this career special. In his own words; Luis Fonsi

Ok, good music they say transcend language, even though this is in Spanish, it does not stop it from tearing the billboard down!

We have however fetched you the translation!

Yes, you know that I’ve been looking at you for a while

I have to dance with you today

I saw, that your look was calling me

Show me the way that I’m going oh

You you are the magnet and I’m the metal

I’m getting closer and I’m setting up the plan

Just the thought of it accelerates the pulse

All my senses are asking for more

This must be taken without any trouble

I want to breathe your neck slowly

Let me tell you things in your ears

So that you remember when you’re not with me

I want to strip you off with kisses slowly

And make your whole body a manuscript

Let me surpass your danger zones

To make you scream

And forget your name

If I ask you for a kiss , come give it to me

I know that you’re thinking about it

I’ve been trying for some time

Mommy this is giving and giving it

You know that your heart with me makes you bom bom

You know that this baby is looking for my bom bom

I want to see how much love do you have

I’m not in a hurry, I want to do the trip

We are going to get caught little by little

When you kiss me so skillfully

I think that you’re malicious delicately

We’re going to get caught, little by little

And it’s just that this beauty is a puzzle

But to put it together here I have the pieces

I wanna breathe your neck slowly

Let me whisper things into your ear

So that you remember if you’re not with me

I wanna strip you off with kisses slowly

And make your whole body a manuscript

I wanna see you dance

I wanna be your rhythm

Let me surpass your danger zones

Till I make you scream

And forget your name

We will do it on the beach in Puerto Rico

Till the waves scream dear lord

So that my seal stays with you

We’re going to get caught little by little

We’re going to get caught little by little

To make you scream (Fonsi)
And forget your name (DY)
Slowly