Jason Osamede Okundaye is thrown or is it throws himself right into the wrong end of the spotlight by making series of controversial comments that appeared to label all whites as racists.

This has inevitably stir tension and draws attention to his background as well as put race issue in Britain back in the spotlight.

He is now possibly been investigated by Cambridge University as well as being a subject of a police investigation for inciting racial hatred.

The following are the tweets published in the media

“My tweet about all white people being racist was pulled out context and separate to my tweets in support of the Dalston protests.

My tweets on white racism had been said before, in response to people acting as if racism is exclusive to working class people.

I state that regardless of sexuality, class, gender or age, all white people are racist i.e not just one type of white person.

The reference to ‘geddit’ refers to my previous tweets on how all demographics of whiteness can and should be called ut for their racism and how it specifically manifests in their groups e.g White middle-class people refusing to hire black people or white gay men stating ‘no blacks, no asians’ on dating apps such as Grindr.

Read below and then read up on racial/systemic constructs and intersectionality for nuance and analysis pic.twitter.com/JLvbIq57CG

Appalled at the treatment of @jasonosamede . People are more outraged over the abstract label of 'racist' than the real lived experience.

The above statement made by Jason was re-posted by tweeter user Rianna Croxford @The_Crox, 30th July.

The tweets from Jason also lead to the open letter address to the Vice-Chancellor of Cambridge University, Professor Sir Leszek Borysiewicz, by The ShySociety

Ok lets get the elephant out of the room; if this had been a white man saying such things about black people then… https://t.co/knhGd4XDzi

Jason was born in South London to Nigerian parents from Edo state. He attended the prestigious independent Whitgift School in Croydon, which was founded over four centuries ago (1596) on an academic scholarship. Fee paying students at Whitgift could pay up to £36000 per annum.

Jason attended the Whitgift school in Croydon on scholarship, Fees can be as high as £36000

Jason, who has been involved in a series of anti-racism initiatives, is currently a student of Sociology and Politics at Pembroke College, one of 29 undergraduate colleges at Cambridge University and runs the Cambridge students’ Black and Minority Ethnic Campaign, the reason his comments on race issues draws this much attention.

He won an Oxford theology prize while at Whitgift and the Harvard Book prize in 2015 but has since criticised public school colleagues for narrow mindedness and has claimed that ‘white men’s obsession with my skin meant I was made to feel naked’. 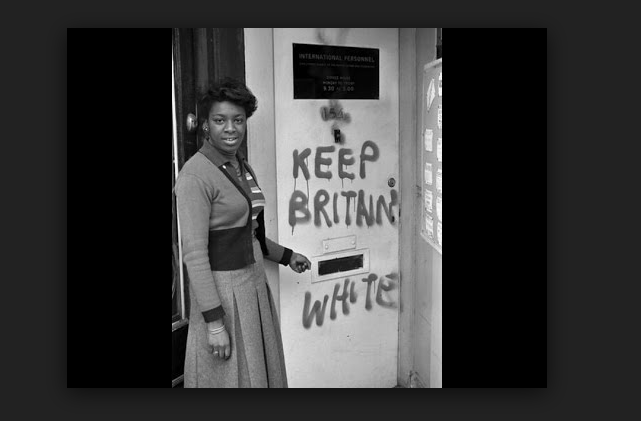 He was involved in a successful campaign that saw a bronze cockerel, formerly used as the symbol of the university’s Jesus College, taken down. Activists said it should be handed back to Nigeria, where it was seized by British imperial forces in 1897 along with other treasures. The college is now working with Nigerian authorities to determine the best home for the artwork.

The artefact at the centre of contention, a case in which Jason was heavily involved

He made the comments on the back of the demonstrations following the death of Rashan Charles in July and Edson Da Costa in June, both involving police.

The question here, is he being racist himself for suggesting that white people relocate to areas like Exeter or his style of activism is that with colourful radical language designed to rock the boat, provoke a debate or rather he is someone fills with hate for white people trying to incite racial tension?

Jason’s narrative: I state that regardless of sexuality, class, gender or age, all white people are racist i.e not just one type of white person.

Taking the two statements above together (the reported tweet and Jason’s narrative), it is easy to label him a racist, but looking further deeper, it is also not difficult to see what he is saying, except that prejudice creates a wall that prevents one from seeing beyond our preconceived biases.

His statement of “all whites are racist”, going by his narrative, he does not actually mean every single human being that is white is racist, what this actually means is that racism knows no class, gender, age or sexuality boundary, anyone in this group can be a racist according to him. Racism is not just a thing of working class, it cut across all societal group, and this is a fact shared by many ethnic minorities whose everyday lived experience is undermined by prejudice or who have to perform better than their white counterpart to have a semblance of recognition. To deny this in itself is an issue, the convulsion of the media underlines this.

I do believe however that he overstretched it by including “children”,  I don’t think people are born with racism in their DNA but rather acquire it, at what age a child is mentally capable of acquiring racial prejudice is unknown.

Equally. the school of thought that believe that racism only is a “white thing” is not correct, in my view, the narrative that a black man cannot be a racist is also not right. It can be argued that a black man acquisition of racism stemmed from resentments of white people based on history and ongoing everyday racism experienced by blacks, such as the statements by Jason himself that white men’s obsession with his skin meant he was made to feel naked and the tiny number of ethnic minority admitted to Oxford and Cambridge.

Jason’s other comments are definitely questionable and they border racist in nature, his statement of white colonisation of Dalston, his apparent celebration of violent protests in which he referred to feeling of despair by white people as being delicious and encouraging demonstrators to “smash it” and his comment about white people relocating to areas such as Exeter are inflammatory. Moreso, for someone who is at the forefront of anti-racism activism.

There is a question whether these statements are within the confines of free speech or he has crossed the line into hate and racial incitement speech?

2 Comments on IS JASON OSAMEDE A BLACK RACIST OR A VICTIM OF BRITISH “RIGHT WING MEDIA?”