Our leaders are themselves building properties alongside illegal settlements, WITH ABSOLUTELY NO FORESIGHT AS TO THE DANGERS THEREIN.

Right across Africa, it seems every disaster could either be prevented or better managed if appropriate plans were put in place by those in powers.

In response to the Sierra Leone disaster, AVRIL BUNTON-WILLIAMS delved into the causal factors and proffer immediate measures to relieve those affected. 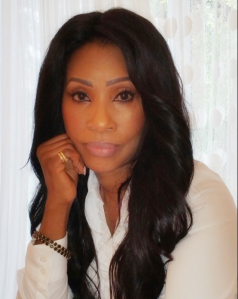 OK, so there were warnings about mudslides and flooding but they were ignored. Freetown is a densely packed city built on a hilly peninsula. Heavy rains and flooding are common at this time of year, but yesterday’s disaster may well be the deadliest flooding in the recent history of our country. Deforestation is biting back. Better sanitation and drainage systems needed.

To quote brother Malcolm in a different slant: The most disrespected, neglected and unprotected people; are the people of Sierra Leone.

We understand the floods and mudslides were caused by nature or even a natural reaction to the way we have been treating the land. The environment will strike back. Yes, yesterday’s disaster COULD have been avoided. Inevitably, crisis & disasters will come, we must be prepared. If we fail to plan, we plan to fail. IT IS AS SIMPLE AS THAT. Town Planning is non-existent. People are allowed to build just about anywhere without any proper geological tests. A poverty of Mind.

Our leaders are themselves building properties alongside illegal settlements, WITH ABSOLUTELY NO FORESIGHT AS TO THE DANGERS THEREIN.

“Economic Hit Men” are the biggest mudslide in our country, this is the fundamental problem that has created further problems for us. We are far too rich to be so poor and we are far too poor for our leaders to be so rich. No more lame blame: We cannot point the finger at those living in the diaspora, urging them to return home to bring about change, whilst we allow those who have been elected to provide and protect, to stuff their own pockets and abnegate their responsibility and duty to the people, whilst in the very offices they are in charge of. The change starts right here, wherever you are in the world as a Sierra Leonean. Our thoughts towards ourselves and each other are the very means by which we become individually responsible, so as to become socially responsible. Human potential is amazing…our people have the capacity to create a country that is peaceful, a country that spreads kindness and love rather than hatred. If we believe it to be so, it will be our truth, and we CAN create it.

OVER 200 KILLED IN SIERRA LEONE MUDSLIDE

We must be accountable as individuals in order to have leaders who are accountable. Behaviours in the living room and in all those other rooms in the home MUST reflect that which we want to see in the boardrooms & cabinet rooms. If we don’t keep the home right, the country will be wrong. We need dynamic leaders with vision, role models, truthful leaders, leaders with self-control, leaders who will bring order and not chaos, leaders who are diligent and not oblivious. LEADERS WHO ARE PHILANTHROPIC, NOT GREEDY.

To really change our country, we have to help people change the way they see things. The country’s betterment is a mental process, it requires a good few people of integrity. Change has to be psychological, a rewiring of the brains of our people. Changing the culture of asking for aid & charity when the country is so rich. The answers and aid lay in the pockets of those who have callously taken from the country.

Drops of rain make a hole in the stone, not by violence but by falling often.

Today our people will need answers to so many questions. Questions today where there should have been reassurances & better planning, years ago. It is certain if we fail to plan, we plan to fail.

Here are a few points I believe we all need to be thinking on for a better future:

Learning the lessons from this disaster.
Disaster prevention – Crisis Management – Local Emergency Response Units
What care & support are being put in place for our people?
How will our people be brought out of the traumas of yesterday’s tragedy?
How do they identify these bodies?
Who will lead the coordination of efforts?
Bereavement counselling?
Psychosocial intervention?
Accurate & timely information to our people?
Homes for the homeless.
Identifying the dead, a memorial service for these people – no mass burial.
A memorial site to remember the victims.
Taking action to move those living in these informal settlements.
To come up with a disaster recovery plan.

Responsibility lies in our hearts and in our minds – individually and collectively.

May the souls of the victims Rest In Perfect Peace. I pray for healing & consolation for survivors & families of the dead.