Olivier Giroud was the top scorer in the Ligue 1 the season before moving to Arsenal. 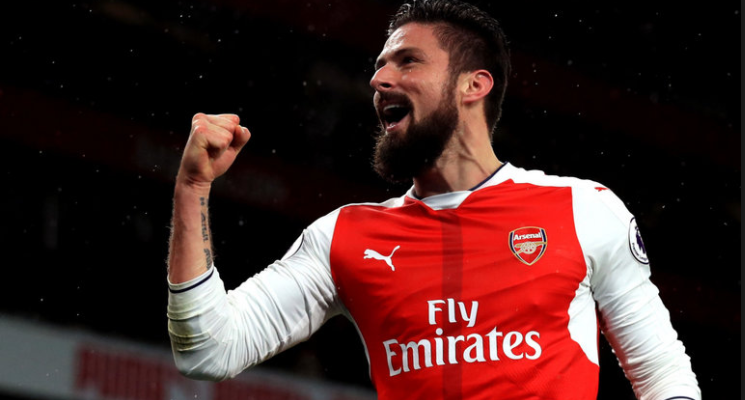 Arsenal Striker, Olivier Giroud is looking to score his 100th goal for Arsenal and he hopes to do that against Liverpool.

Giroud joins Arsenal in 2012, making 166 League appearances, 70 premier league goals, 23 assists and winning player of the Month in March 2015. His goals in all competitions stand at 99.

Speaking ahead of the trip to Anfield, Giroud reflects on his journey so far and recalls why the game against Liverpool triggers emotion in him and why he would love to score his 100th goal for Arsenal in all competition.

It could be nice even more, because when I signed for Arsenal, my second game was an away game in Anfield and I remember that the fans were singing ‘my song’, Hey Jude.

It was a very special moment for me and it was the first time I heard the song, so I felt very proud and it was a privilege. It’s a special stadium and it’s going to be a tough and important game, so if I can help the team to win this game I will do it with great pleasure.

Giroud was the top scorer in Ligue 1 helping Montpellier to the French League in the process. In recent months, he has helped dig Arsenal out of holes with series of important late goals from the bench.