Xhaka movement off the ball is shocking to say the least.
He was immobile and uninterested

Arsenal ace Mesut Ozil has been roundly condemned for his display against Watford even though he only came in as a sub in the 2nd half of the game.

While Ozil criticism is justified to an extent, focus on him has taken attention away from other culprits.

Arsenal £35m signing GRANIT XHAKA was shown immobile and picking his nose in the lead up to the WATFORD goal creating space for Tom Cleverley to score the winner.

This series of images are Courtesy of EXPRESS

Arsenal’s defeat at the Vicarage stadium was not an accident, a lot of things went wrong and these go beyond the club not buying or reinforcing.

Arsenal had a good run in September, after a torrid start to the season but the displays in September were flaky despite the victories against Bournemouth, West Brom and Brighton, during that period, it was evident that the good run of form was not sustainable, as the core of the problem in the Arsenal side remained unaddressed.

Arsenal players consistently show lack of hunger, discipline and commitment, the movement when not in possession of the ball is unbelievably shocking.

Arsenal went ahead from a Mertesacker header, but WATFORD maintained a high-pressure tactics and was rewarded, but the lacklustre of some players are particularly disturbing. Xhaka remained in the position even after the ball went in

GRANIT XHAKA basically remained rooted to a spot at the edge of the box watching the WATFORD side past him, he remained in the same spot until the ball was scored, the images showed that XHAKA was responsible for marking CLEVERLEY, but he failed to track him thereby creating acres of space for him to score. 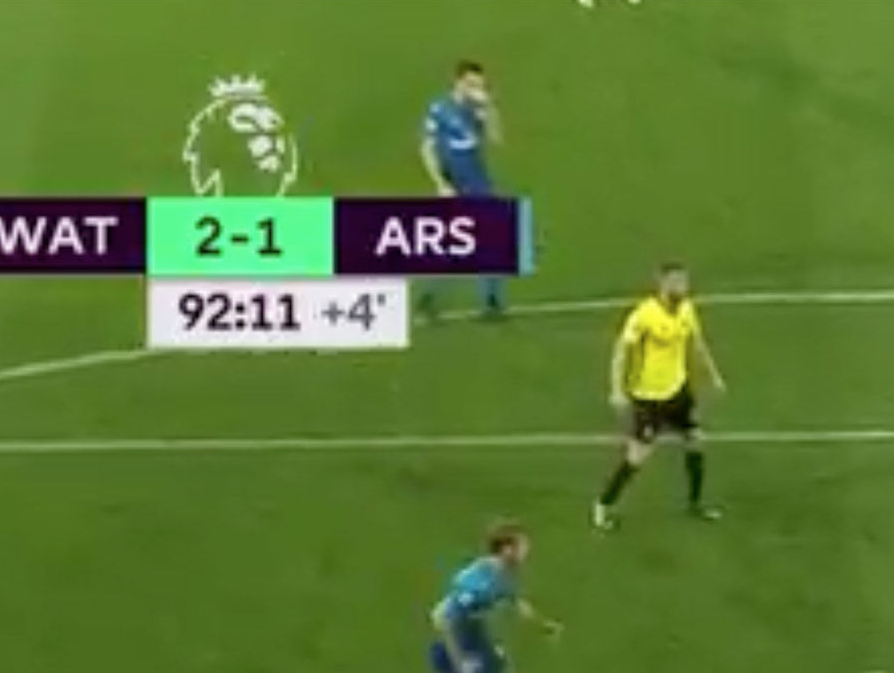 XHAKA is shown here picking his nose still on the spot, uninterested even as the WATFORD players reels away in Jubilation

These attitudes will not take ARSENAL anywhere, the manager can blame a scandalous referee decision all day but without addressing the players’ commitment head-on, the team performances and result will not improve, there will be patchy good run of form like the September run, but when confronted by a determined and disciplined team, ARSENAL surely will mail it in.

Again the buck stops with the manager.