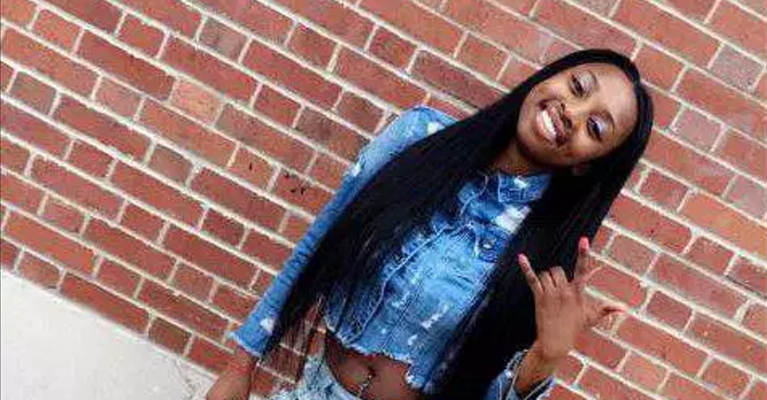 ROSEMONT authorities have closed the investigations into the death of Chicago teenage girl Kenneka Jenkins, however, materials and information gathered during the investigations including Videos. photos and timeline of events were released to the public and available at ROSEMONT GOVERNMENT FOI LINK

TIMELINE AS DOCUMENTED BY THE  AUTHORITIES:

3:32 A.M. Ms. Jenkins is last seen on CCTV as she moves through a 1st floor kitchen.

12:46 P.M. Ms. Jenkins’ sister arrives at the Rosemont police station to file a Missing Persons report. Ms. Jenkins is then entered into a Law Enforcement database for missing persons.

12:25 A.M. Ms. Jenkins’ body is discovered by a Crowne Plaza Hotel employee. Ms. Jenkins was pronounced dead at the scene by a Resurrection Hospital doctor via Medical Control.

5:10 A.M. Ms. Jenkins’ body is removed from the Crowne Plaza Hotel and transported to the Medical Examiner’s Office. Ms. Jenkins mother and sister are able to view the body of Kenneka Jenkins prior to being removed.

The Cook County Medical Examiner’s Office releases the Autopsy Report which lists the cause of death as hypothermia and the manner of death as accidental. Alcohol and a prescription drug are listed as contributing factors to her death.

FAMILY ATTORNEYS: Sam Adam Jr and Larry Rodgers Jr reacted to the release of sensitive information and images by the police to the public.

“with the exception of a few select photographs, they wished to share with the family before they were released.

Those photos are graphic and disturbing images and inexplicably show portions of Kenneka’s body exposed.

The photos shown to [Jenkins’ mother] depict how Kenneka was found after being in a freezer for more than 20 hours,” said Sam Adam Jr, one of the attorneys to reporters

“the photos raise more questions about what happened to Kenneka Jenkins than they answer.”

Jenkins’ death has drawn national attention since she was found in a freezer at the Crowne Plaza Hotel in Rosemont on Sept. 10.

Jenkins was last seen by her friends at a party on the ninth floor of the hotel in the early hours of Sept. 9 and she was reported missing later that afternoon.

Surveillance footage from the hotel captured Jenkins’ final moments, showing the teen stumbling through the hotel and into a restricted kitchen area. But the footage does not show how Jenkins ended up in a freezer, where her body was discovered the next day.

The autopsy found no foul play in her death, and it was subsequently ruled an accident resulting from Hypothermia with epilepsy treating drug Topiramate intoxication a significant contributing factor.

In the series of surveillance videos released by police, where Kenneka Jenkins can be seen staggering through the hallway, into the kitchen, apparently towards the walk-in freezer, she was fully clothed with both shoes on, however, the images of her body released as found by the hotel worker showed part of her body exposed, with her trouser stained with what looks like blood and a mark on her leg.

Scientists who have studied hypothermia have described a phenomenon known as “paradoxical undressing,” in which people freezing to death remove their clothing.

“It is concluded that paradoxical undressing might be explained by changes in peripheral vasoconstriction (narrowing of blood vessels supplying the extremities) in the deeply hypothermic person,” scientists wrote in a 1979 journal article. “It represents the last effort of the victim and is followed almost immediately by unconsciousness and death.”

Kenneka Jenkins family continued to press for more answers, particularly requesting for videos showing her walking alone into the freezer.

Adam said numerous requests for all videos and photos showing Jenkins going into the freezer on her own have “not been forthcoming.”

All images are from Village of Rosemont Public Safety.