The buck stops with the manager, Arsenal current squad has enough in it to dominate most teams like they did against Everton

Manchester City recorded their 15th straight win in all competitions at the expense of Arsenal in a one-sided Premier League Clash at the Etihad Stadium.

Ahead of the game, Arsenal Manager, Arsene Wenger promised to set his team up for an attacking game but Guardiola’s game plan and perfect executions by his players constantly put Arsenal on the defensive, with a supreme performance by David Silva and Kevin DeBruyne.

Arsenal can clutch on to some controversial decisions by the match official, but City did not appear to need any help to win the game, Man City could even go up a gear or two if the game needed it, Arsenal was found wanting and found out.

A ball possession of 52% to 48% in favour of Man City flatter Arsenal, in any case, what Arsenal did with the ball when they had it was key, they did nothing creative and no purposeful movement aimed at destabilising City’s play, this changed a little bit when Lacazette and Wilshere were introduced. 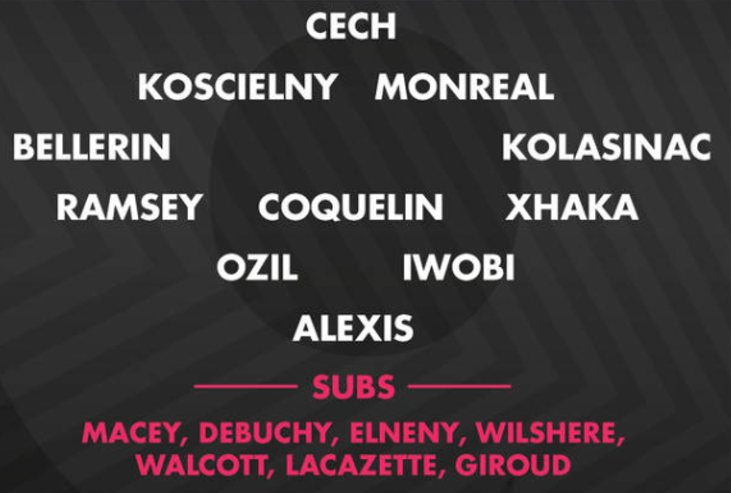 Arsene Wenger team selection was a curious one, opting to start Coquelin as an anchorman behind the front three was not the most inspiring decision, a first Jack Wilshere start could probably be a better option, which will provide the much-needed creativity the few times Arsenal had the balls.

Playing Ozil, Iwobi and Alexis in a three front formation, as opposed to the Ozil, Lacazette and Alexis that worked perfectly against Everton without a specific reason was a questionable move at best, Credit to Iwobi but Man City dominance meant he had to drop deep to retrieve balls. Major games are not meant for experimenting, the manager continued to show his loss of touch with the modern game.

The reason £52m was spent on a striker was for games like this and Lacazette showed that with his well-taken goal, but he should not be starting from the bench. Once again, Wenger’s decision and poor game tactics or lack of it let him down.

Ozil was missing as he does in big games, the debate of who is better between Debruyne and Ozil prior to the match was put to bed after the game,  Alexis did not give a good account of himself, Granit Xhaka was abysmally poor and Coquelin looks like he was set-up for failure by his manager.

The most disturbing decline noticeable was the loss of Arsenal identity. Under Arsene Wenger early to mid-reign, Arsenal built a brand of football that relies on possession and progressive passing upstream with every player capable of stringing fast movement and passes particularly in the 3rd half, the brand of football Barcelona would be proud of, that brand of football has now deserted Arsenal.

There are occasional “dead cat bouncing performances” like the Everton match or some period in the Match against City, but the evidence laid bear is that Arsenal is dropping out of the top tier teams in English football and cannot lay claim to its coveted top 4 finishes that have served as a consolation on the ground of Champions League qualification.

The buck stops with the manager, Arsenal current squad has enough in it to dominate most teams like they did against Everton but on a consistent basis and put up a viable competitive fight against teams like City and Liverpool, but in these games, the manager almost always fail to inspire his team, set them up well or get the tactics and plan wrong or inadequate, but clutch on one or two incidents as a reason for losing.

Arsenal host North London rivals after the international break, a match which can effectively confirm the shift of power base between the two clubs. Tottenham has always been second best to Arsenal but since the arrival of Mauricio Pochetino, things have changed, the emphatic victory over Real Madrid in the Champions League was a thing of envy for Arsenal fans. A victory for Tottenham may be too much for Arsenal fans to take but a win for Arsenal would provide a temporary relieve which will only gloss over the rapid decline.