The season-defining transfer window is about to open in a couple of weeks, although Arsenal continues to have a lot of players linked to them throughout the season, the speculations are set to soar in coming days as frantic effort behind closed doors begins to emerge through press briefing.

In the news today are 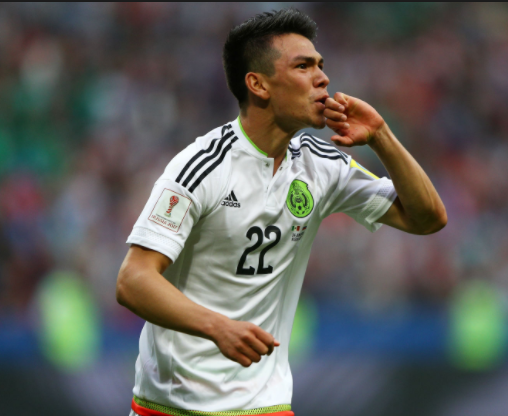 The Mexican arrived at the Dutch league and has already ignited the League with 10 goals in 15 games.

He was valued at £20m at the beginning of the season but Everton and Arsenal are reported to be ready to bid £42m for his services.

Lozano is being talked up as the replacement for Alexis Sanchez, although he has not been tested as much in European football, his performances in the Dutch League so far suggest he would have no problem but his purchase at such price still represents some gamble.

ARSENAL HAVE IDENTIFIED ANOTHER MEXICAN WONDERKID TO REPLACE SANCHEZ, MAN U RESPONDS TO ARSENAL’S MARTIAL BID & NEWS ABOUT EX-STAR COMING BACK IN A MAJOR ROLE, OLIVIER GIROUD, RAFINHA & ARDA TURAN.

Crystal Palace’s winger Zaha who made an unfruitful move to Manchester United before returning to Selhurst Park is now strongly linked to a big money move to one of the top tier teams of English Premier League, one of them being Arsenal, with Man City and Chelsea the others.

This is according to many British media including Daily Mirror.

The reported figure is in the region of £40m.

Zaha is an exciting player and can be very good on his days but his low goal return compared to that of Sanchez make him not an ideal replacement if Arsenal is to rely on its winger to contribute to goals.

Chelsea versatile and sometimes unpredictable defender David Luiz is the latest to be linked to Arsenal in a reported £25-£30m bid in January.

David Luiz is reported to be monitored by Newcastle and Real Madrid as well.

The defender is having a personality clash with his manager and has seen him been left out of the team in recent weeks despite playing a pivotal role in Chelsea title-winning run last season.

Twitter is currently buzzing with the debate of a reported news emerging from some twitter accounts that claim or purported to have inside information about Arsenal.

One of those account @thebottomcorner claimed Ozil have agreed on a new deal with Arsenal that will see him remain at Arsenal until 2021.

Idiots sending me abuses via DMs that Ozil is not going to sign. I guess he has signed for fc nobody then? OZIL HAS AGREED A NEW CONTRACT WITH ARSENAL TILL 2021. If you can't wait till official announcement kill yourself I'm not your problem. I stick by my word yet again.

No further information is provided as to wage or clause and no official confirmation neither, however, Ian Wright was on BBC Sport today saying it looks like Ozil will be leaving the club.

The speculation surrounding Ozil and Sanchez will dominate the January transfer no doubt but Ozil recent performances suggest Arsenal may be willing to compensate him with an improved offer.