In the current climate, the type of stringent or prudent market policy Arsenal is pursuing may turn out to be a false economy 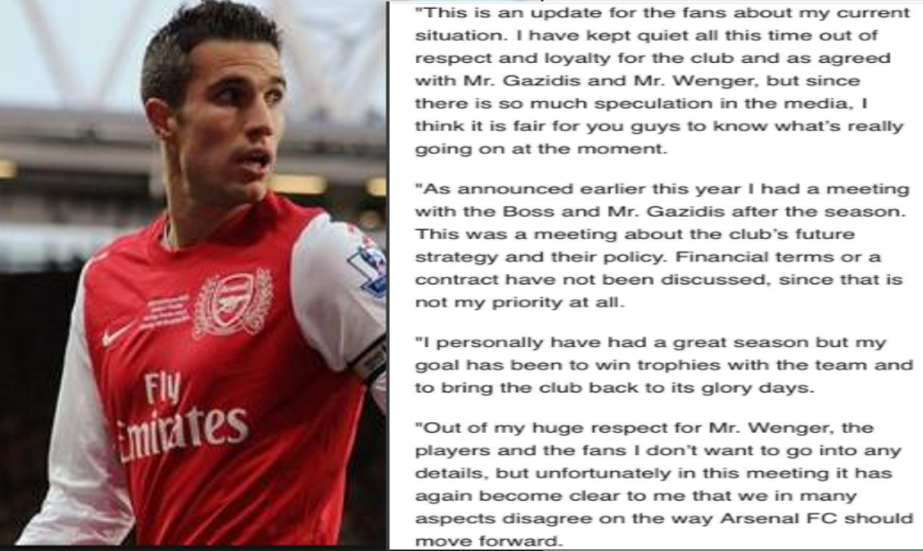 At the height of the media speculations in 2012, the then Arsenal captain Robin Van Persie decided to clear the air on his future.
He then stated his desire to win trophies but the clubs ambition and direction did not match his.
He went on to win the league with Man United and top scorer in the league to go with it.

Viera and Henry left in similar circumstances, they wanted the club to be more ambitious in the transfer market to enable the club to be competitive on the pitch, but the board and Wenger seem very comfortable to just hang around the corner hoping to win something by someone else’s mistake.

The same scenario is repeating itself with the Alexis Sanchez wishes to leave, he was reported to make up his mind after the disgraceful defeat in the hands of Bayern Munich, clearly, he does not see the club as being competitive enough and perhaps does not also recognize the FA cups wins as being good enough.

In the current climate, the type of stringent or prudent market policy Arsenal is pursuing may turn out to be a false economy, because as the club become less competitive on the pitch, the brand start losing value, players become reluctant to come and finishing position continue to drop. All these will need even more investment to bring them back to a reasonable level.

Are Wenger and the rest of the board fair to loyal fans?