Foreign investors rushing to Africa create a catch 22 scenario, but Africa will lose out in the long term

South Africa, Kenya and Nigeria are the three giants beneficiaries of these cash inflow in that order according to a study by Partech Ventures. 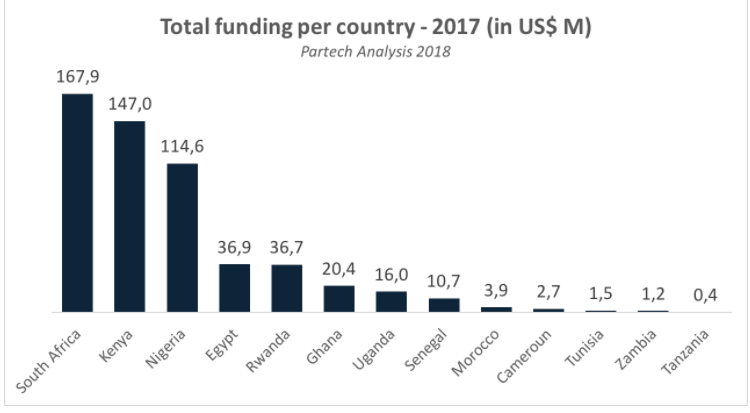 While the study did not state in details who are these venture capitalists, it is safe to say the vast majority of the funds are from developed economies, we know that Facebook founder Mark Zuckerberg announced $24 million investment in Andela, a company that trains developers in Africa. Facebook is also opening a community tech hub in Lagos this year.

Think of it this way:

The first wave of slavery- Blacks were forced over to foreign lands and used as slaves to develop those lands.

The 2nd wave of slavery- The brain drain era where the best minds from Africa voluntarily migrates to the developed world in search of pasture green. This economic migration has a direct impact of depleting Africa of young bright minds and provides the west with continued supply of young, energetic, already trained professionals that just slot in and continue to develop or help the Western economies.

The 3rd wave- The world economic powers are bringing their money to dominate the African market and wholly own it eventually. Even though the brain and hard work would be done by the Africans, the profits would be taken back to the west.

The 3rd wave mentioned above is a dilemma, a catch 22 scenario so to say, the numerous startups certainly need every cash coming in, they also do need the already existing vast and well-developed platform of Silicon Valley, for example, it is also a good sign that foreign powers and money recognized something good in Africa other than the “jungle and shithole idea” they had. So it is a welcome development for startups to have the much-needed fund to lift off and thrive, but this dependency on foreign cash will create a lasting imbalanced dynamic whereby profits that should be retained and reinvested in Africa if the funds had come from African sources would be carted away to the west.

Indeed, foreign investment can be a measure of economic viability, the UK and the US pride themselves on their ability to attract foreign direct investment. The London property market is saturated with money from the Arab World, there is FDI in every sector of American economy, the differences here is that most of these FDI in western countries are in physical infrastructure, the investor can’t really take them away, they may sell off at a crashed price if there is crisis but the structures are on the ground anyway, furthermore, these counries have a well founded legal structures and industrial regulations to protect innovation, but in the case of the tech industries in Africa, the main assets are the brain and time of the entrepreneurs, these assets are not infinite, so if these assets are continually bought over by foreign money and the profit taken back to the west, the home country of the main brain behind the profit will continue to lag while the west maintain its economic dominance.

To protect African innovations and retain the profit for further reinvestment in Africa, the first and primary sources of raising fund for project development should be in Africa, the government should also stand up to its responsibilities to protect innovations by its citizens from being asset stripped by foreign investment that came in disguise.